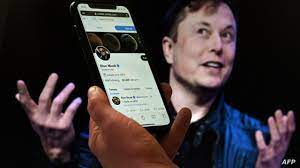 Elon Musk became Twitter’s sole director after completing a $44 billion purchase of the social media giant and dissolving its board, according to documents filed on Monday before the U.S. Securities and Exchange Commission.

The documents reported the “completion of the merger process” on 27 October, where Musk became the single director of Twitter, while the entire governing body, including the chief executive, Barag Agrawal, was abandoned.

Musk, who also heads Tesla and SpiceX, had expressed during his initial offer to buy Twitter in April his desire to withdraw the company from trading on the stock market because it helped him to provide fewer public disclosures to regulators.

Court documents released on Monday also showed that Musk’s defense team asked a Delaware court to close the case against the billionaire by Twitter after the deal was completed.

A letter from Musk’s defence team dated 28 October addressed to Judge Kathalyn McCormick stated, “Yesterday evening, the defendants and Twitter terminated the business process provided for in the merger agreement of 25 April 2022.”

The letter added that “in the light of this development, the defendants and Twitter agreed to abandon their claims and counter-claims”.

Twitter sued Musk in a Delaware court after the unpredictable billionaire tried to withdraw from his agreement to buy the site.

But as the October trial date approaches, Musk has revived the deal that ended up acquiring Blue for $54.20 a share.

According to another document contained in the file submitted to the U.S. Exchange Authority, the prince and Saudi businessman, Alwaleed bin Talal Thani, became the largest shareholder on the site.

Alwaleed Ben Talal initially rejected Musk’s offer to buy Twitter as too low compared to the “intrinsic value” of the site, before agreeing to contribute his shares of about 35 million to the transaction.

The Saudi prince tweeted last Friday, “My dear friend is the president of Twitter,” attaching tributes to a statement announcing the end of the transfer of his stake in Twitter shares to the new private Twitter company, adding “together along the way.”