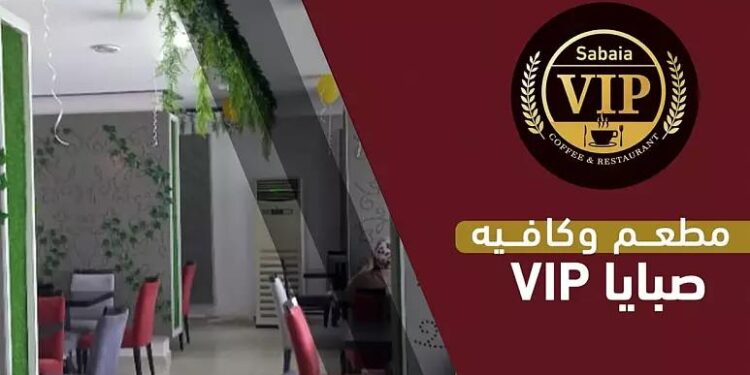 A Palestinian woman fulfilled her dream of being a chef in the male-dominated Gaza Strip, working in a new restaurant at the head of an all-female crew to provide services to women-only customers as well.

The ” Sabaya VIP”  restaurant, which opened last month, serves light meals such as chicken sandwiches and pizza and provides quick commercial services in a conservative and crowded area where some women complain of a lack of private and safe entertainment venues.

Amna Al-Hayek was trained as a chef in a hotel restaurant, where she worked for free. And while there are opportunities to hire new chefs out there, they were never considered.

She said, “The management refused. They said they wanted a man’s chef, and we didn’t want a woman’s chef.”

“I had a hard time being a chef in charge of a chefs crew who are all men in restaurants abroad because they refuse because we are a male society that doesn’t allow women to be in charge of a men’s chefs crew.”

The name “Sabaya” was chosen as a fun expression that attracts women of all ages, to the exclusion of men.

Reham Hamuda, owner of the restaurant, said: “The idea is that we need to have a special place in us, where we enjoy our independence and privacy, a special place for females.”

The owner of the restaurant employs a crew of eight women and others who prepare food from their homes. This provides much-needed income in Gaza, where unemployment is approximately 50 per cent.

“We were able to send a message to the world that we can innovate, we can open a restaurant, and we can succeed without the supervision of a man,” Amna said. 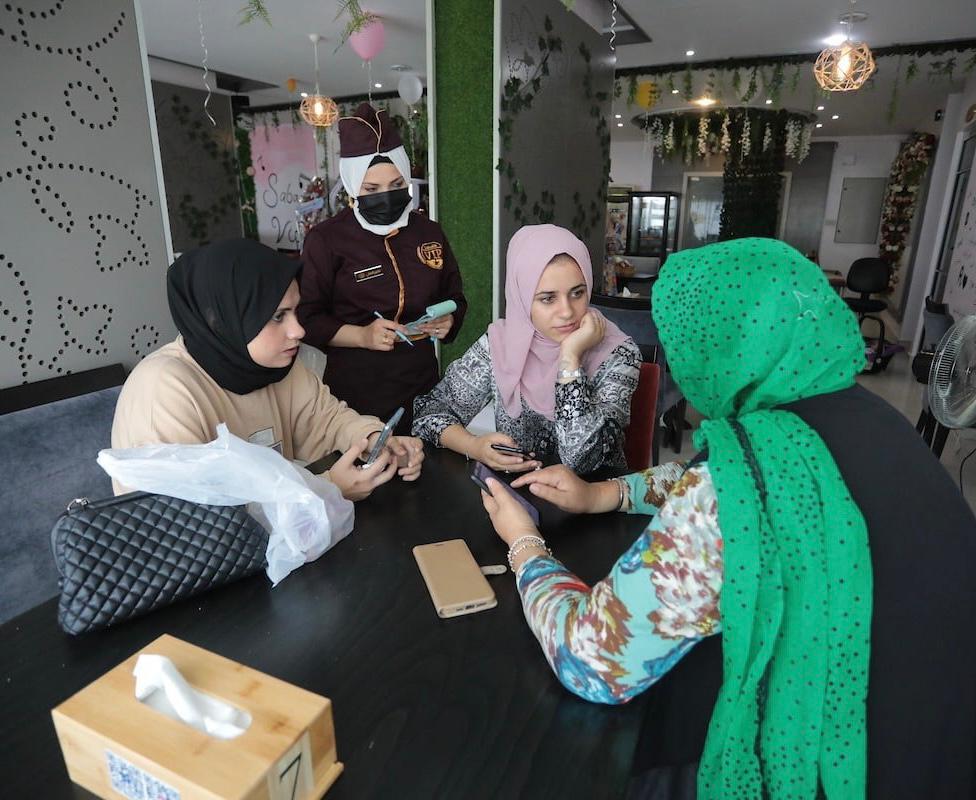 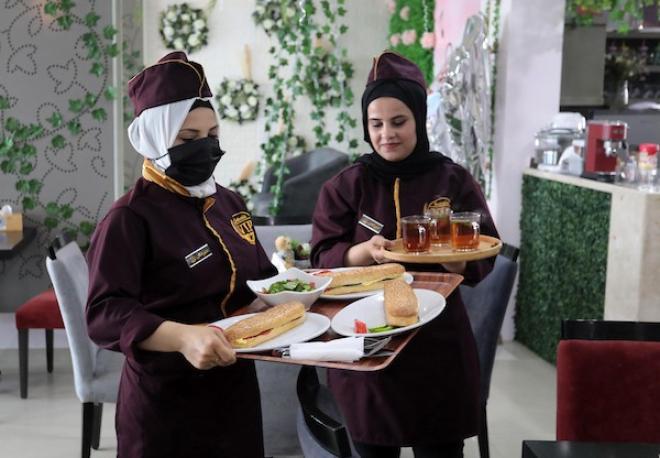 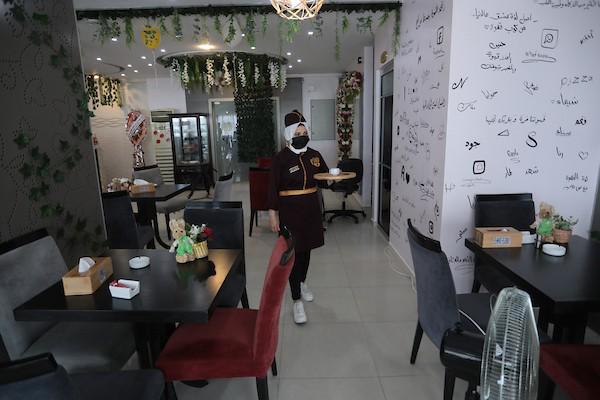 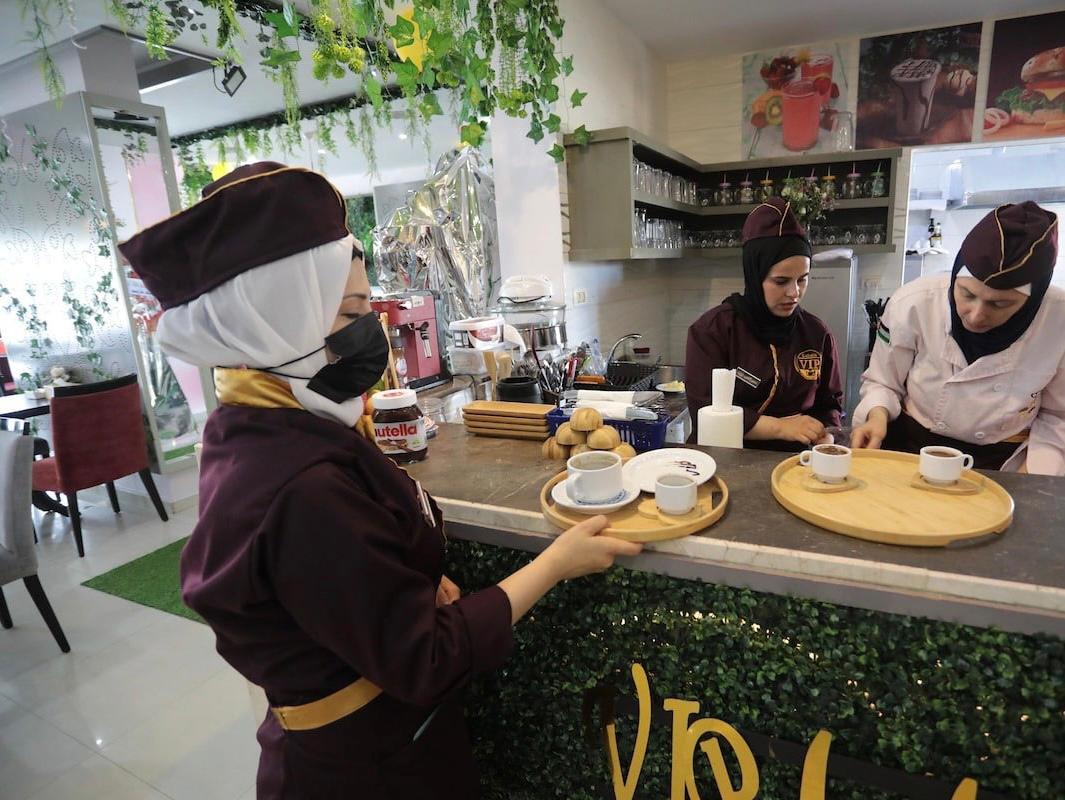 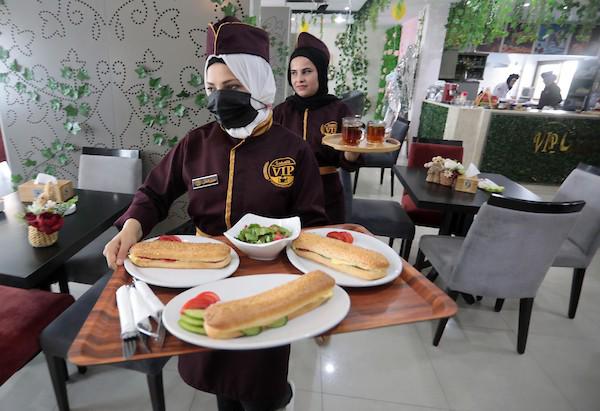 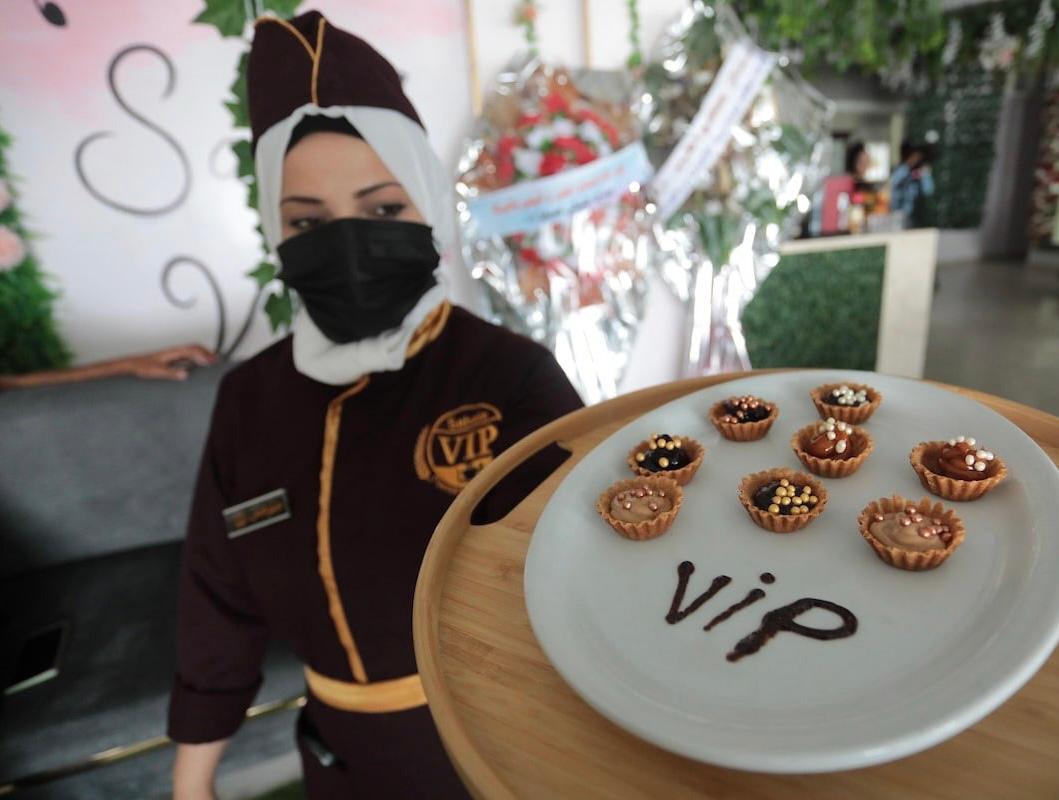