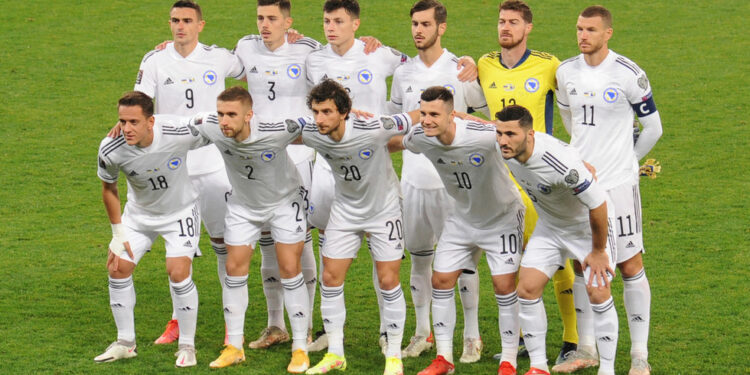 Bosnia and Herzegovina will play a men’s soccer friendly against Russia in St. Petersburg in November

Football authorities in Bosnia and Herzegovina have announced they will reconsider plans for a friendly against Russia. The Balkan nation was pressured to cancel the game and Ukraine appealed to UEFA and FIFA to intervene.

Plans for a friendly match between Russia and Bosnia and Herzegovina on November 19 at the Gazprom Arena in St. Petersburg were announced last week by the football associations of both countries.

For Russia, the match would be one of three test matches in the fall. A meeting between Russia and Kyrgyzstan in Bishkek on September 24 has already been confirmed, while a match against Iran is planned for November, although the date and location are yet to be confirmed.

However, the planned visit of Bosnia and Herzegovina to St. Petersburg has caused the greatest anger from some quarters, with the Ukrainian Football Union coming out a statement Appeal to UEFA and FIFA “Prevent the game from happening.”

Ukrainian officials also claimed that Bosnian football bosses would do so “damage their country’s image” by continuing with the opportunity.

Responding to the pressure on Monday, the Football Association of Bosnia and Herzegovina said the upcoming UEFA Nations League games against Montenegro and Romania later in September were the team’s priority – after which the friendly against Russia would be discussed again.

“The information about the friendly match between the teams of Bosnia and Herzegovina and Russia has caused a lot of reactions in the last few days,” read a statement.

“The President of [the Bosnian football association]Vico Zeljkovic, points out that the most important game at the moment is the national team’s against Montenegro in the UEFA Nations League on the 23rd of this month, followed by the game against Romania…

“As a reminder, the primary goal we set ourselves was qualifying the national team for Euro 2024 and improving infrastructure conditions in our stadiums. We are slowly moving towards the fulfillment of these goals.

“The work of the members of the Executive Committee has been unprecedented and we intend to continue to do so, and at the request of [board member] Fuad Colpa, we will have a meeting in October where we will discuss this game [with Russia]” it added.

Speak with national mediasaid Bosnian football official Colpa “regrets” voted to play against Russia, although he was not pushed to do so.

Colpa said he will push for the game to be canceled or at least postponed until UEFA’s sanctions on Russia are lifted.

The Sarajevo football authorities’ decision to play against Russia was also questioned by two of the country’s biggest football stars, Miralem Pjanic and Edin Dzeko.

Meanwhile, UEFA has told the Russian media that friendlies are not within the purview of their Executive Committee and that the match would not violate the organization’s current ban on Russian teams from all UEFA competitions.

FIFA said it could not yet comment on request RIA Novosti. 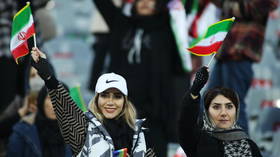 The Russia men’s national team, managed by Valery Karpin, has not played in Split since their FIFA World Cup 2022 qualifier in Qatar against Croatia last November.

All Russian teams were then banned by FIFA and UEFA at the end of February after the start of the military campaign in Ukraine.

That prevented Russia from attempting to reach the World Cup in Qatar after the team were scrapped from the semi-finals of the European qualifying playoffs against Poland scheduled for March in Moscow.

Poland received a bye and secured their place in Qatar by beating Sweden in their qualifying playoff final.

Russian football officials have since lost a complaint against the UEFA and FIFA bans at the Court of Arbitration for Sport (CAS) in Switzerland, but have indicated they could take the case to a higher court in the form of the Swiss Federal Court of Justice.