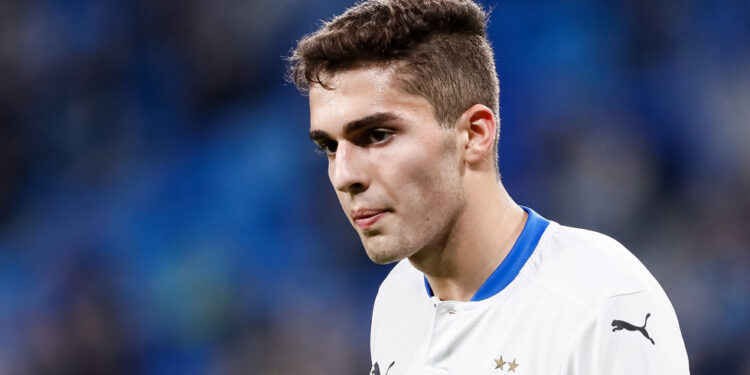 The London giants, who recently sacked manager Thomas Tuchel after a poor start to the new Premier League season owned by a consortium led by US businessman Todd Boehly, had been trying to secure a deal for Dynamo Moscow’s star in the final days of the year Zakharyan to seal summer transfer window.

However, the parties were forced to put plans on hold as the UK imposed sanctions on Russia after the start of the military operation in Ukraine that complicated the transfer.

The situation would have meant Chelsea would have struggled to send funds to Russia to complete the transfer, while Sacharyan would also have encountered problems trying to get a work permit from the UK Home Office.

This comes after Chelsea agreed personal terms with Zakharyan, while the Blues and Dynamo Moscow were reportedly close to agreeing a fee for the 19-year-old playmaker.

A statement posted to Dynamo’s website shortly after the transfer plans were scrapped said: “On August 25, we received an offer from Chelsea for Arsen Zakharyan.

“For several days there have been intensive negotiations between Dynamo and Chelsea, in which our club has taken a constructive position.

“However, it is not possible to transfer a player in this summer transfer window for a number of technical reasons over which we have no control.”

The matter has also been referred to by football agent Rafaela Pimenta, who also counts Paul Pogba among her clients.

“Today it is impossible to complete the transfer of Zakharyan in the summer transfer window.

“This transfer is not frozen until winter, but it is possible. Now we are still working on Dinamo being able to get money from Chelsea.”

And according to reports from football insider Fabrizio Romano, the transfer remains very much alive.

Chelsea remain interested in Arsen Zakharyan as a potential present and future target, there is a plan to follow the Russian talent in the coming months. 🔵 #CFCThere was no full fee agreement with Dinamo Moscow in August, but personal terms were 100% agreed. pic.twitter.com/gmszvNTBm6

“Chelsea remain interested in Arsen Zakharyan as a potential target for the present and future, there is a plan to follow the Russian talent in the coming months‘ he wrote on social media.

“There was no full agreement on fees with Dinamo Moscow in August but personal terms were 100% agreed.”

The potential signing of Zakharyan would be part of a long-term strategy being implemented by Chelsea’s new owners to attract some of the sport’s hottest young talents as they seek to build for the future under the stewardship of new boss Graham Potter.

But the talented Sacharyan could well prove to be the crown jewel.

He is the youngest outfield player to ever play for the Russia national team and currently has four caps for Valeri Karpin’s team.

Zakharyan has netted nine goals and nine assists in just 34 games for Dynamo and has also been linked with the likes of Spanish powerhouse Real Madrid.

Signs You Have a Blood Clot and Don't Even Know it