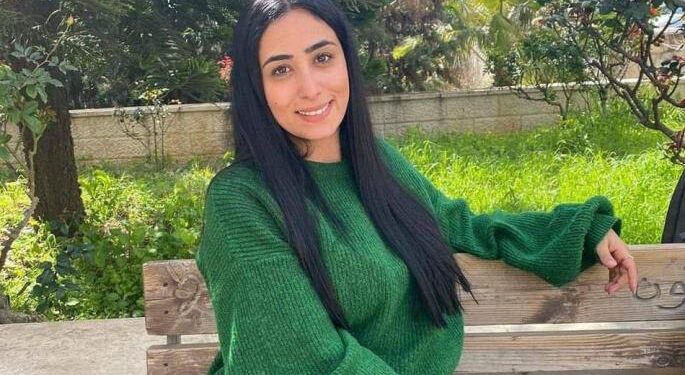 The Israeli court decided on Tuesday, September 13, 2022, to free conditionally Palestinian journalist Lama Ghosheh from occupied Jerusalem, after she was arrested for 10 days, on charges of incitement on social media.

Local sources reported that the occupation decided to ban journalist Ghosheh from using social media and transferred her to house confinement.

For his part, lawyer Nasser Odeh stated that the occupation court decided to free the Jerusalemite journalist, Lama Ghosheh, as she will be released today, but under restrictive conditions.

The release of journalist Ghosheh conditions’ included house confinement and refraining from using the Internet, computers, and smartphones.

He asserted, “These are the conditions at the moment, and we hope that some of these conditions will be eased or canceled in the coming days.”

Journalist  Lama Ghosheh, mother of two children, Karmel, 5, and Qais, 3, is currently working as a researcher at the Palestinian Museum in Birzeit, north of Ramallah, and she intends to study for a master’s degree in Israeli studies.