Reading Time: 5 mins read
A A 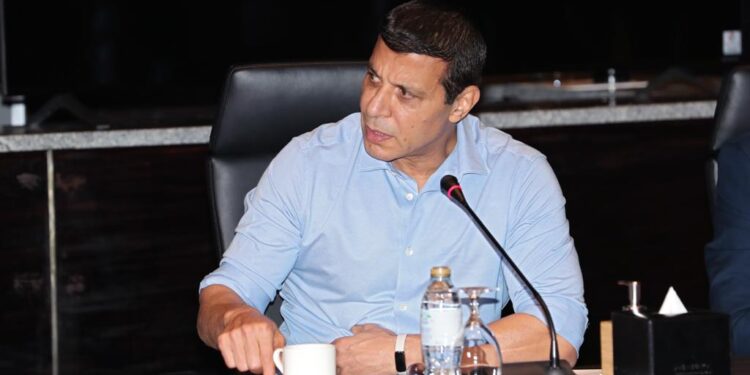 Leader of the Democratic Reformists within the Fatah Movement, Muhammad Dahlan, on Thursday said that the Palestinian Authority lost its dignity and prestige after it obeyed Israel until the Palestinians reached what they had reached.

Dahlan made the remarks during a meeting held at his office in Abu Dhabi with a delegation of researchers from the Philos Institute for Leaders Creation and Community Building. The meeting is held for the second time during this year, and it includes 25 researchers.

“The current Palestinian situation faces two main dilemmas: the first is obstruction of the horizon for a political solution to the Palestinian-Israeli conflict, and the second is the disintegration and collapse of the post-Oslo regime (the PA),” he told the delegation.

Dahlan explained that the obstruction of the prospect of a political solution to the Palestinian-Israeli conflict “came as a result of four overlapping factors:

“The first is that the international system is in a state of disintegration and rebuilding and is preoccupied with multiple crises (Ukraine war, energy, economy),” he said.

Dahlan added that the second factor is that the regional system is preoccupied with its internal conditions as a result of the repercussions of the Arab Spring.

“The United States and the Western community destroyed what remained of cohesion in the Arab world when they intervened to bring about change in the region, which led to its destruction,” he explained.

Dahlan indicated that the third factor is that “the Israeli system is unstable, and its societal components are battling for power.”

“The fourth is that the Palestinian system is weak and disjointed, pointing out that the intertwining and interdependence of these factors led to the decline of the Palestinian cause on the ladder of international and regional priorities,” he added.

Speaking about the second dilemma, which is the disintegration and collapse of the post-Oslo regime, with its two parts, the weakness of the Israeli regime and the corruption of the Palestinian regime, Dahlan told the delegation that Israel is no longer the advanced and prosperous, democratic state that the world knows.

“Israel has gone through a series of major transformations over the past 15 years, which has placed it in the ranks of third-world countries,” he said.

Dahlan added that “the Israeli society is divided based on hatred, and its parties are fighting among themselves for power, with a lack of appropriate representation of minorities, as well as racism and inequality, and the spread of crime and weapons.”

Meanwhile, Dahlan said that Netanyahu turned Israel into a third-world country when he (Netanyahu) interfered in everything in exchange for maintaining power.

“He (Netanyahu) intervened in the police and judiciary, allowed his family to interfere in government, and questioned the ability of the army and the security establishment in exchange for adhering to rule,” he added.

“For more than a decade, there has been no stable government in Israel, with a continuous and unending political crisis, frequent elections, and a political scene that has not happened since the inception of Israel,” Dahlan said.

Dahlan pointed out that the occupation government and army are concerned with what they call security, and here they continue to besiege Gaza. The daily attacks and incursions continue in the West Bank, and this leads to the weakness and disintegration of the Authority.

On the Palestinian political system, Dahlan said that it is heading towards disintegration and division, and the loss of authority to control and administration, with the continued absence of democracy, the spread of corruption in many of its joints, the loss of credibility by the authority and some Palestinian forces.

“The decline in the PA’s popular popularity, so they do not believe in the current political system and lead most of the protest movements on the ground,” he said.

He added, “In the end, Israel and the United States contributed to the weakening and dismantling of the PA, by their inability to create a real political horizon on the one hand, and their insistence on preventing the PA from renewing its legitimacy on the other.”

Dahlan also said, “Despite the PA’s announcement of elections in May 2021, and the ambition of For the Palestinian people to conduct it, but Washington and Tel Aviv prevented it.”

“The United States, which boasted that it was the oasis of democracy in the world, interfered in the affairs of states and punished and rewarded the practice of democracy while preventing the holding of Palestinian elections under the slogan of not holding them in East Jerusalem, under the pretext of winning another faction and loss,” he added.

Dahlan wondered, “Is this Western democracy? Does democracy determine the results in advance? Do they know more about us than we do, who will lose, and who will win?”

He explained that “our previous experience indicates that we are more knowledgeable about our affairs, and the experience has proven the correctness of our vision and the failure of their vision regarding the elections.”

Dahlan held Washington and Tel Aviv directly responsible for the state of frustration and despair and the escalation of the cycle of violence by their insistence on canceling the Palestinian elections, stressing that what is happening now is a natural result of their decision.

He added: “Israel’s lack of understanding of the current dilemmas pushes towards a single state, and I personally believe in this solution, a civil state for all its citizens equal in rights and duties.”

On the other hand, Dahlan believes that “Israel” also will not accept this solution because it does not believe in the two-state solution or the one-state solution. Still, it will not be able to exclude the Palestinians.

The leader of the Democratic Reform Movement concluded by saying: “We are 5 million Palestinians in the West Bank and Gaza, and we will never leave our place.

He added that the absence of solutions will lead to the continuation of the cycle of violence, and the two peoples will pay the price for it.” 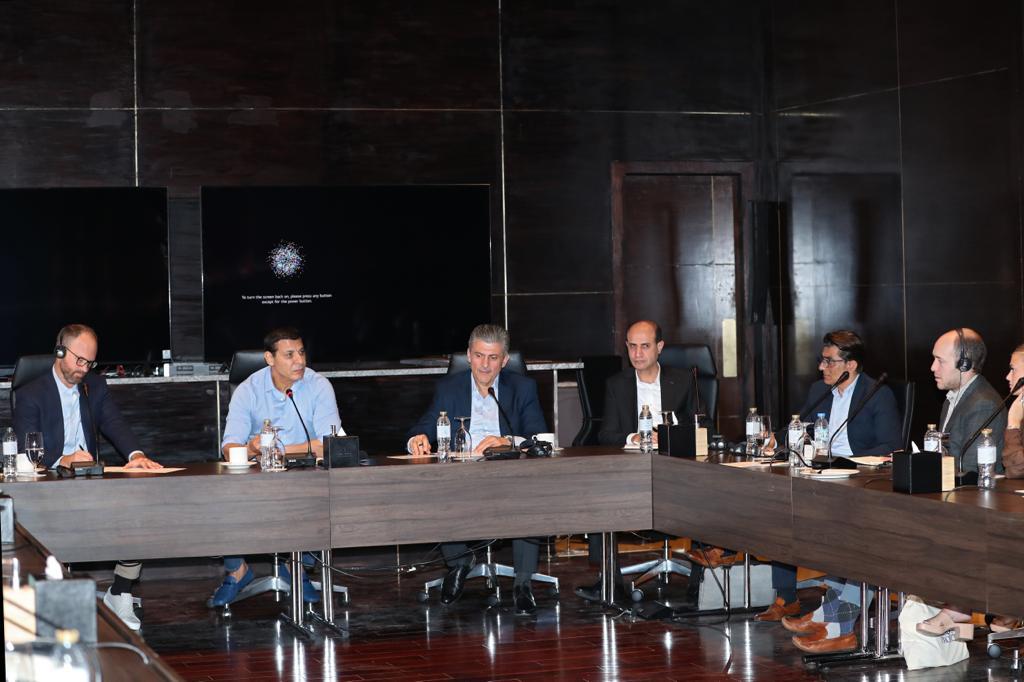 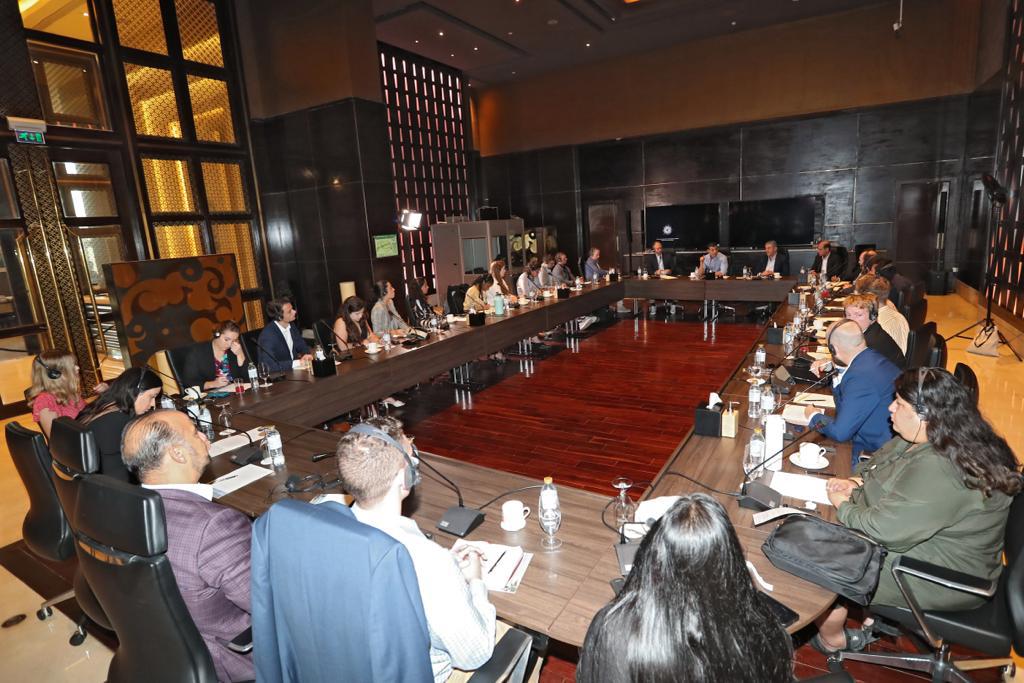 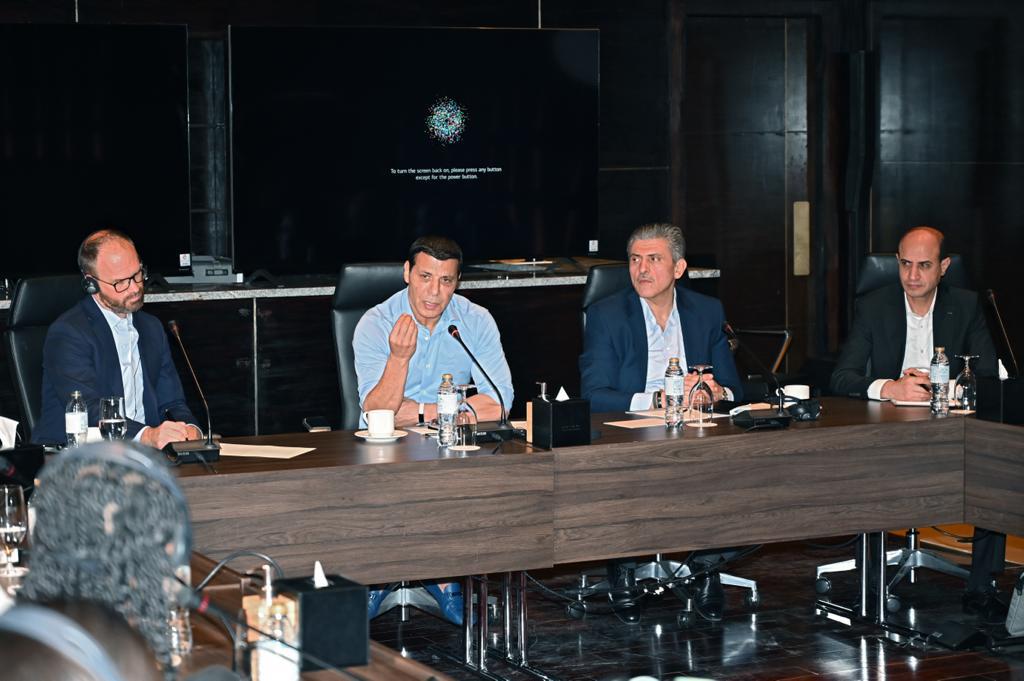