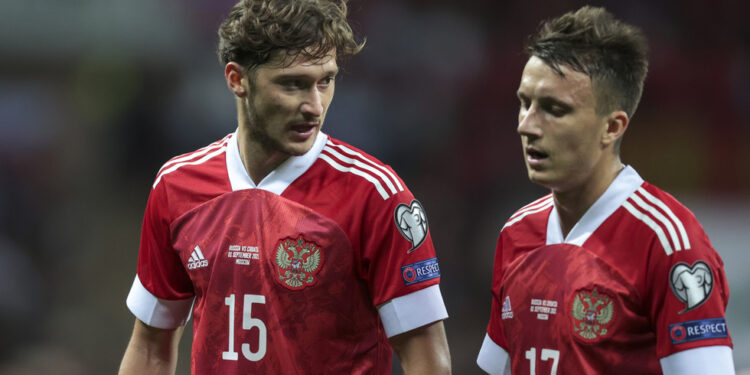 Ukraine’s football authorities have called for Russia to be excluded from the 2024 UEFA European Championship qualifying draw. The qualifying groups for the competition will be determined at a ceremony on October 9th in Germany.

The President of the Football Union of Ukraine (UAF), Andrey Pavelko, has called UEFA to be the official representative of his organisation website claims Russia should be “Totally isolated on the international stage, including in football.”

“We are currently working at UEFA level to prevent Russia from taking part in the Euro 2024 selection draw, which is scheduled to take place in Frankfurt on October 9.” said Pavelko.

On the recommendation of the International Olympic Committee (IOC), Russian teams at all levels were initially banned from FIFA and UEFA competitions at the end of February.

FIFA’s sanctions are indefinite and have deprived the Russian men’s team of a chance to reach the 2022 World Cup in Qatar.

UEFA announced in early May that its sanctions would cover the 2022/23 season, but has made no formal statement on Russia’s possible participation in Euro 2024 qualifiers.

According to reports in Russian media, the issue could be resolved at the UEFA Executive Committee meeting scheduled for Croatia on 20 September.

That could decide whether Russia gets the right to take part in the Euro 2024 qualifiers, which start in March next year, before the tournament itself starts in Germany in June 2024.

In the same statement, UAF President Pavelko repeatedly called on UEFA and FIFA to intervene to halt a planned football friendly between Russia and Bosnia and Herzegovina, scheduled in St. Petersburg in November.

“We’re doing everything we can to prevent the game,” said Pavelko.

The official added that the UAF are also making attempts to prevent the Russian and Serbian women’s youth teams from playing the games scheduled for October.

Russian football officials have repeatedly criticized the bans on national teams as discriminatory and contrary to the principle of separating sport and politics.

It also noted that other countries whose leaders have launched foreign military campaigns — including the US and its NATO allies — have not faced similar penalties over the years.

The Football Union of Russia (RFU) lost its appeal against the UEFA and FIFA bans before the Court of Arbitration for Sport (CAS) in Switzerland, but indicated it could still take the case to the higher instance of the Swiss Federal Court of Justice.

Russia was among the hosts of the last UEFA European Championship, which took place in the summer of 2021 after a one-year delay due to the pandemic.

Seven matches of the pancontinental tournament were played in St. Petersburg, including the quarter-final between Spain and Switzerland.