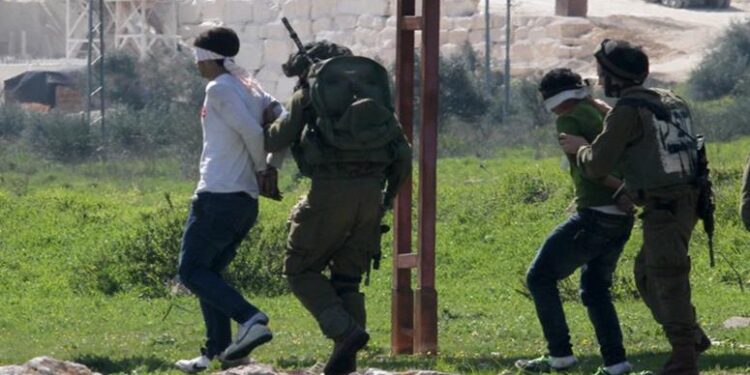 The Israeli occupation forces on Wednesday and last night arrested 14 Palestinians in several raids across the occupied territories, including four siblings, according to local and security sources.

In Nablus, a convoy of Israeli vehicles broke into Jamain town, south of Nablus city, broke into several houses, conducted via searches and detained four siblings.

Soldiers also stormed Einabus village, south of the city, resulting in the detention of two others.

Another was arrested from Nablus city.

Israeli forces arrested two other Palestinians after breaking into and ransacking the homes of their families in al-Janiya village, northwest of Ramallah city, and detained another in Silwad town, northeast of Ramallah.

In West Bank, Israeli occupation stormed the southern part of Hebron city and arrested one person.

In the Jerusalem, forces manning a checkpoint to the northeast of the city stopped and arrested a former prisoner.

Another was arrested in Isawiyya neighborhood of occupied East Jerusalem.