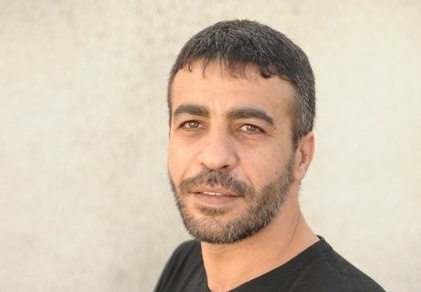 Prisoners Club Head, Qaddoura Fares, on Tuesday said on Tuesday, “The cancer patient prisoner, Nasser Abu Hamid, rejects dealing with a proposal submitted by his lawyer, to submit a “pardon” request for his release, to the President of the Israeli occupation state.”

This happens during his speech at the weekly sit-in to support the Palestinian inmates, at the headquarters of the International Committee of the Red Cross, in the city of Al-Bireh, occupied West Bank.

He said, “This came after exhausting all available legal procedures for his freedom and in light of the failure of the occupation jails administration to respond to the medical recommendation recently stated by the Israeli “Asaf Harofeh” hospital to free him to spend his last days in the care of his family.”

Fares reported that Abu Hamid’s family, in the most difficult moments, wants to attach a message to future Palestinian generations, asserting that the freedom fighter, no matter how harsh the circumstances, and no matter how severe the challenges may be, does not despair or break in front of the criminal occupation.

He added, “Nasser is a brave freedom fighter who wants to teach generations a lesson while he is on the bed of death. The fighter is not broken and his struggle will not stop until the Palestinian people achieve freedom and independence.”

Palestinian prisoner Nasser Abu Hamid has been suffering from lung cancer for nearly a year, and due to Israeli medical negligence and delay in conducting medical examinations and providing treatment by the Israeli occupation, his health condition deteriorated significantly.

Recently, a comprehensive medical examination was conducted for him and it was found that he has reached a “hopeless” stage and that he is in his last days.